Venture Capital Journal
Home News and Analysis LPs For endowments, the pressure is on
Return to search 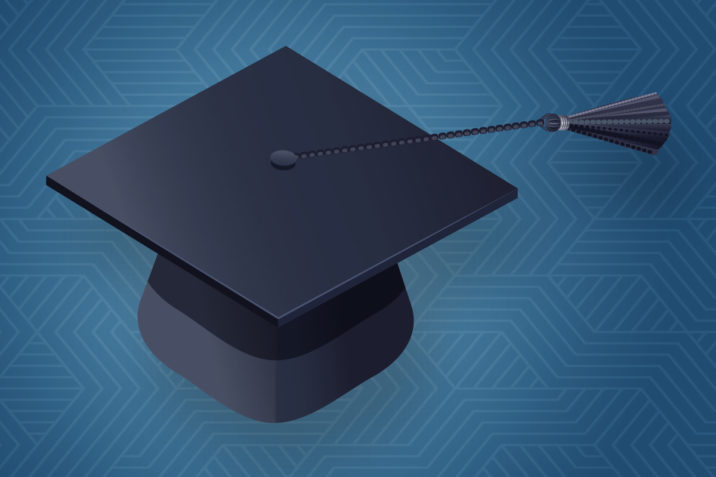 Collegiate athletic events have been canceled, students are demanding refunds for room and board – and some are even asking for tuition reimbursement. As a result, university operating revenues are falling below budget, and tougher times are expected on the road ahead.

Operations during the next school year could be even more fiscally strained if classes do not resume in-person when the fall semester rolls around and enrollments drop.
Add it all up and the covid-19 crisis is posing an unprecedented challenge to universities and, in turn, putting pressure on their endowments.

Endowments, which potentially buffer their institutions from financial hardship, have already taken a hit amid the recent market volatility.

It is still not clear how universities’ budget shortfalls will impact many of the endowments during the downturn. However , larger college endowments – which on average have 9 percent of their assets in venture capital, and in certain cases north of 15 percent – are likely to be feeling more stress now than they did during the global financial crisis of more than a decade ago. In addition to shrinking portfolios, the institutions they support are losing money on operations amid the pandemic. “Most of the institutions will get through this year’s challenges with a combination of different levers,” says Scott Perry, a partner focused on endowments and foundations with NEPC, an investment consulting firm.

These levers include furloughing employees, issuing bonds, freezing or even cutting salaries, and pausing hiring.

Many universities are also considering increasing payouts from the endowment by 1 percent to 3 percent, Perry says. In many cases, this would translate to paying
7 percent of an endowment’s AUM, up from around 4 percent or 5 percent, he explains. 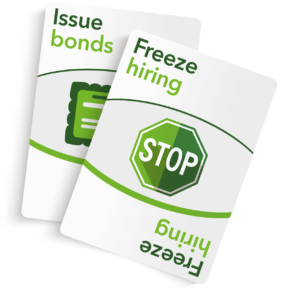 Princeton and Northwestern have already announced that they are taking this step. Other universities may follow suit, while some institutions may be prevented from tapping their endowments for general operations because a large portion of the funds are restricted, which means they are earmarked for scholarships or specific projects designated by donors.

“All the colleges are thinking about endowments’ role in plugging the revenue hole,” says an LP in charge of private equity investments at an endowment of a prominent university. “There is tremendous pressure to increase the draw from the endowment. Doing this is possible, but not very palatable.”

Some universities claim that endowments are not savings accounts nor “rainy-day funds,” but rather exist for the purpose of providing each generation of students equal educational opportunities.

How university endowments will respond to the current crisis will vary from institution to institution. Nevertheless, “it is likely schools will be placing a premium on liquidity for the foreseeable future,” says Jeff Schwartz, president at Markov Processes International, an investment analytics firm that publishes an annual analysis of the performance of Ivy League endowments.

An emphasis on liquidity could put pressure on endowments’ commitments to private markets, including venture capital.

“When liquidity is at a premium, VC is the biggest culprit,” says Chris Douvos, founder of San Francisco-based fund of funds Ahoy Capital, who managed venture capital for Princeton’s endowment earlier in his career. Compared with other private asset classes, “venture is the longest-dated, furthest out of the money option,” he explains.

“Some endowments are scaling back venture, while others are scrutinizing commitments, but are still participating,” he says. “I’ve also talked to an endowment that is tearing up next year’s commitment sheet.”

Kelly DePonte, managing director of placement agent Probitas Partners, says a few endowments have paused investing while doing a deep dive on their liquidity needs. “They do not want to get too far ahead of the curve continuing to invest in illiquid assets if they are going to need cash,” he says.

However, many college endowments are trying not to stray far from their pre-covid-19 commitment plans.

The LP in charge of private equity investments at an endowment of a prominent university says that an informal study of 27 peer groups revealed that only one-third of the endowments surveyed will reduce commitments to PE and VC, all while attempting to stay as close as possible to last year’s commitment pace.

“We are executing on our plan, with the expectation that the bar is now set higher,” this LP says. “We are engaged in more robust discussions with GPs and are scrutinizing capital calls more thoroughly.”

Perry says that the impact on VC commitments will vary by institution, but many will scale back commitments by between 10 percent and 20 percent for the rest of 2020. “LPs do not want to lose their relationships with top GPs,” he says.

Investors’ devotion to top VC funds is not surprising. Venture capital was the strongest performing asset class for university endowments last year, returning on average 13.4 percent, according to the 2019 NACUBO-TIAA Study of Endowments.

“I have not heard about any LPs walking away from opportunities to invest in best-known managers,” said Joanna Rupp, a managing director of the private equity portfolio for the University of Chicago’s endowment, in an online workshop hosted by Silicon Valley Bank in late May.

Rupp, who splits her time between venture capital and private equity investing, said at the time: “I don’t want to be overly optimistic, because there will be pain down the road, but I am even more bullish on venture now.

“When I look across our portfolio, I think venture is going to be the best-performing asset class coming out of this set of circumstances.”

Rupp believes that other endowments and foundations share her perspective: “They are seeing real growth in some of their venture portfolio companies and are seeing companies whose growth curves are being accelerated now.”

Despite Rupp’s confidence in the asset class, she said that the University of Chicago’s new commitments consist primarily of re-ups.

Tough road ahead for emerging managers

Brand new vehicles typically face an arduous road in raising funds. But getting university endowments to commit to new managers will be particularly difficult over the next year and a half.

In the current environment, LPs are much more focused on seeing results and are less interested in committing to “a good story,” Douvos says. This means that emerging managers without a track record will have a harder time securing funding than prior to the downturn.

Douvos thinks that even if markets rebound, there will be fewer new vehicles and a lower total fund size. He estimates that VC fundraising will not come back to its pre-covid-19 pace until 2022.

Michael Kim, founder of Cendana Capital, a San Francisco fund of funds whose LPs include the University of Texas/Texas A&M Investment Company (UTIMCO), believes that the VC fundraising environment in 2021 will be even more difficult than this year’s.

He says pressures on university endowments will likely be a significant aspect of this trend.
“Many endowments are under more stress than other LPs because they may have to contribute to an operating shortfall,” Kim says. “I would also bet that charitable contributions to these institutions will be smaller.”

Using the endowment to help university operations, whether through selling fixed-income assets or increasing payout ratio, will exacerbate the denominator effect, which means that the allocation to private equity will increase, Kim says.

Endowments may find themselves overweight in private assets, often forcing them to forego new commitments or sell stakes on the secondaries market, he says.

Endowments are not only giving a lot more thought to which managers they will commit to this year and next, but also what asset classes within private markets are the most attractive now.

Perry says that endowments and foundations are considering whether to commit to long-term asset classes, such as venture capital and private equity, or make a pivot to private credit that creates liquidity faster.

“There are certainly a lot of private debt funds being raised now,” says the LP in charge of private equity investments at an endowment of a prominent university. “Popular wisdom is that it is a good time to increase exposure to distressed and private debt, but we are actually reducing our exposure to it.”

Douvos says that ultimately many endowments are in a wait-and-see mode right now. Universities must decide if they will re-open in the fall and then see how many students enroll, he says.

“For many universities, August 1 is the big watershed date,” Douvos says. “It is a date by when universities can decide to forego certain variable costs, such as opening dining halls. What happens could affect endowments and where they invest going forward.”

But other universities are promising to make decisions about re-opening earlier in the summer, while others already announced their plans in late May.

And not all universities are expected to reach the same conclusion.

California’s public universities, for example, diverged on their decision. The California State University system decided to keep courses online in the fall, while the University of California agreed to open nine of its campuses.

“While this is still an evolving situation, we are reminding our clients that these are great vintage years for investing in venture,” Perry says.