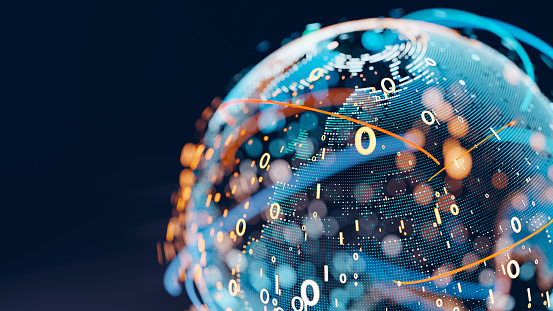 As a global VC firm that has successfully invested in profitable companies in Brazil despite macroeconomic and political shifts, Headline is not letting the latest market downturn deter it from making bold bets on disruptive technologies around the world.

Headline (formerly e.ventures) announced today that it has raised a total of $954 million across three distinct early-stage funds that will invest in consumer and B2B startups in North America, Europe and Brazil. Headline US VII is a $408 million fund based in San Francisco, while Headline EU VI is a €320 million pan-Europe-focused fund based in Berlin and Headline Brazil III is a 915 million reais ($169 million) Latin America-focused fund based in Sao Paulo.

Founded in 1999, Headline boasts local teams in offices on almost every continent. It plans to use the three new funds to continue to apply its homegrown data-informed investment approach to identify, track and invest in the fastest growing early-stage tech companies at the seed and Series A funding levels.

Each fund is regionally focused and independently managed by a local Headline team, which applies a global investment strategy to their portfolio construction.

“Our thesis is that you have to have a local team,” Mathias Schilling, co-founder and managing partner of Headline’s US team, told Venture Capital Journal. “We’re not fans of what we call the helicopter approach of us as foreigners [coming] from time to time into the country. We’re strong believers in the local-to-global model”, with local teams investing in local companies and then layering on global best practices.

The size of each new Headline fund is larger than that of prior funds raised in their respective regions, but the focus will be exactly the same, Schilling said.

“It’s a fundamentally global strategy when it comes to sectors. We invest 50 percent roughly in consumer and 50 percent in B2B. And within consumer, it’s fintech because the marketplace is in consumer healthcare, and in B2B [it’s] software,” Schilling said.

There are slight differences in the stages that the funds invest in based on the local environments. In Brazil and Europe, about half is invested in seed companies and the other half in Series A companies, while the vast majority of companies the US fund typically backs are raising Series A rounds and showing early signs of product-market fit, Schilling noted.

He projects an average ticket size of $10 million for about 30 companies from the US fund, with a similar ticket size for the half of the European fund that is targeting Series A investments, and slightly smaller checks for the other half going to seed investments. Brazil’s split is similar to that of Europe, with an average check size of $6 million for Series A companies. Headline wants to be able to lead Series A investments for roughly 30 to 40 companies in its Brazilian portfolio, he added.

Headline not only invests in tech innovation but also uses proprietary software to expedite and streamline the process of finding, vetting and analyzing prospective portfolio picks.

For more than 10 years, Headline has used its AI sourcing system, EVA, to identify promising companies, cutting through biases around founders’ background, ethnicity, gender, age or geographical location that are often imbedded in picks sourced through professional networks. EVA enables Headline to look at 10,000 startups every month that show signs of growth, which is winnowed through an automated process to about 800 that a team of just five analysts calls to follow up with.

“When the actual call happens, it’s not a cold call,” said Schilling. “It’s already fully qualified that there’s interest on both sides, so that gives us significant leverage.”

Once a company is pinpointed, Headline relies on a proprietary business analytics platform to quantify product-market fit at the earliest stages by measuring up to 30 signals of customer repeat usage – elements such as credit card data that indicate revenue growth, marketing spend data and traffic data, as well as employee growth and sentiment data. These data points are matched against a database of 7 million companies, using time-series data to provide continuous measurement of how these data signals develop for a particular company.

“The AI is not giving us a signal to invest, [but] a signal of potential product-market fit,” Schilling noted. “It’s just that technology allows us not to miss something and have very qualified candidates of investment that we work through in very significant numbers.”

When evaluating growth signals, Headline’s fund managers are most interested in consumer usefulness and user behavior. For a consumer application, that means seeing whether people use the app all the time, while for an enterprise application it’s whether people use it more and more over time, Schilling explained.

Headline not only measures application usage in an absolute way, but it also has a very large database of benchmarks that allows it to compare its companies to their peers.

Having local teams on the ground in cities like Sao Paolo has given Headline an edge by providing market insight that is often lost in broad macroeconomic analyses.

While many other investors have avoided Brazil due to its volatile currency fluctuations and wild economic swings, Headline has been actively engaged there since 2012, when its first fund closed for $130 million. A second Brazil fund closed in 2019 for about $160 million. Schilling cites the high quality of Brazil’s entrepreneurs, and their ideas and execution, as well as a growing middle class that has made sectors like banking “ripe for disruption.”

“Independent of the macroeconomic environment that we see, we’ve had great success in building wonderful companies on a fairly good scale, in terms of the number of companies we’ve invested in,” he said.

Local portfolio companies – such as Creditas, a multi-billion-dollar consumer lending company; Olist, a $1 billion e-commerce company; Gympass, an employee benefits system providing access to gyms and online fitness classes across countries; and Pismo, a financial processing platform – “are very strong companies that we think can compete in a global market,” Schilling said.