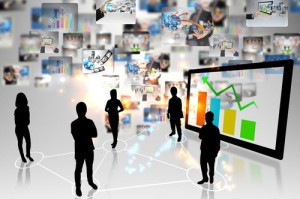 Toronto-based advocate marketing software provider Influitive has raised an additional $8.2 million for its Series B financing, initially closed last July. The extension brings the Series B round to $38 million, and Influitive’s total financing since 2010 to about $50 million. The top-up funding was led by ​Leaders Fund, which was launched in January, and ​Export Development Canada. Existing investors, including Canada’s Georgian Partners, Relay Ventures and BDC Capital IT Venture Fund, also participated. Along with the deal, Influitive announced it has bought Toronto-based Ironark Software. Influitive said the acquisition will lend expertise to the company and support its mobile capabilities.

TORONTO – March 2, 2016 – Influitive, the advocate marketing experts, announced that the company has raised an additional $8.2M in a Series B extension. The additional financing comes from new investors ​Leaders Fund and ​Export Development Canada (EDC)​, ​returning investors including Georgian Partners, Relay Ventures, BDC Capital IT Venture Fund and ​OurCrowd, as well as several angel investors. Today’s announcement brings the total Series B round investment to more than $38M and the total amount raised by the company since it was founded in 2010 to approximately $50M.

Influitive is also announcing the acquisition of start-up company Ironark Software, the company behind mobile applications Hub, a home and family organizer, and Workbase, a business task and schedule manager. The founders and lead developer will join Influitive’s product division, and contribute significant expertise to expanding the power of advocate communities to mobile.

“This additional investment strengthens an already deep bench of investors backing Influitive” said Mark Organ, CEO and Founder of Influitive. “The acquisition of Ironark brings strong talent to Influitive who align with our focus on community building and exceptional mobile experiences for our customers.”

“The momentum behind Influitive and the advocate marketing category they have created is impressive,” said David Stein, Managing Partner of the Leaders Fund. “With their strong execution in a growing market with huge potential, we are delighted to help Influitive accelerate past the $20 million annual recurring revenue level that we define for new category leaders. As an evergreen investment fund, we are committed to Influitive’s long-term vision, and believe this financing and acquisition will further enable it.”

“Influitive’s aggressive growth plan and roadmap to create the advocate marketing category is incredibly ambitious and exciting. We are thrilled to be joining the team and look forward to continuing to innovate,” says Ironark Co-Founder and CEO, Jonathan James.

Using Influitive’s AdvocateHub software, marketers quickly and easily build advocate communities in which members gain recognition and status in exchange for activities that help promote the brand’s interests and reputation. DocuSign’s advocates, for example, have influenced more than $3 million in sales pipeline through referrals and other advocacy activities. HP Software has engaged more than 1,000 IT service management customers in events, content creation and product feedback initiatives. In the first three months of using AdvocateHub, Blackbaud received a year’s worth of referrals from their advocates, while InsightSquared generated more than 100 genuine customer reviews on third-party websites like G2 Crowd, TrustRadius and GetApp.

Influitive, the advocate marketing experts, is based in Toronto with offices in Boston, Palo Alto and San Francisco. Today’s buyers are increasingly leveraging their peers’ opinions and Influitive helps marketers tap into this force with its innovative AdvocateHub platform and Maven mobile app. By capturing the enthusiasm of their best customers, followers and evangelists, marketers gain direct support for their sales and marketing programs. From social media reviews and customer referrals to case studies and references, passionate advocate help support all stages of the buying cycle. Influitive’s customers include some of the most successful and fastest-growing firms in the world like Acquia, Atlassian, DocuSign, HireVue, Hootsuite, HP Software, Marketo and Oracle. To learn how to get your advocates working with you, please visit www.influitive.com.