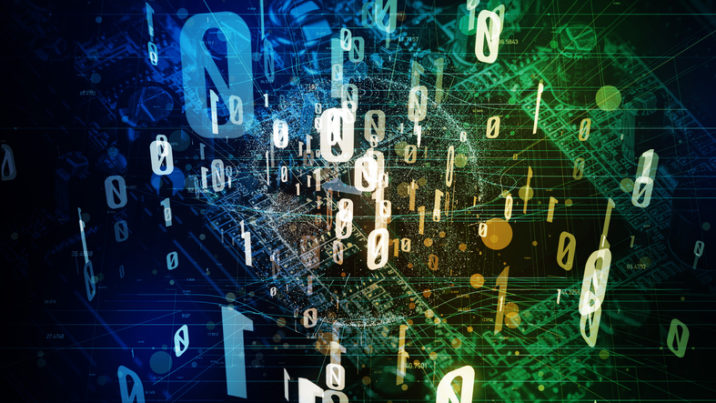 A fully functioning quantum computer holds the potential to facilitate tremendous breakthroughs in anything that requires complex calculations, from expediting drug discovery to finding solutions to combat climate change.

Unlike classical computers, which use bits consisting of long strings of ones and zeros, a quantum computer runs on quantum bits, or qubits, that can be in any combination of one and a zero simultaneously. Based on the principals of quantum mechanics, this property of being in a two-way state at the same time is what gives quantum computers power not only to significantly outperform classical computers, but to solve otherwise unsolvable problems.

But the kind of general purpose quantum computer, whose business value and usefulness to humanity would be indisputable, still does not exist. And, depending on who you talk to, it is unlikely to exist for more than 10 years. Yet, investor interest in quantum computing is at an all-time high.

VCs invested $540 million in quantum computing companies this year through early October, a two-fold increase from the $270 million the sector raised in all of 2019, according to PitchBook. Behind the growing enthusiasm for the nascent sector are buzzy technological advances. “Progress over the last five years far exceeded the pace of innovation of the last five decades,” says Chirag Dekate, an analyst at Gartner who covers quantum computing for the research and advisory firm.

Over that period, Google and IBM, as well as VC-backed Rigetti Computing and IonQ, have built the so-called noisy intermediate-scale quantum computers. NISQ computers, however, are so unstable and error-prone that they cannot solve any practical problems better than their classical counterparts.

However, engineers and investors are hoping that NISQ computers are an intermediate step on the way to building a general-purpose quantum computer.

Quantum computer hardware makers are all competing to make the most powerful and the most reliable machine possible. But it is too early to tell which company will eventually win this race.

Bill Reichert, a partner with Pegasus Tech Ventures and a co-founder and managing director of Garage Technology Ventures, says the first organization that to create a fully functional quantum computer could instantly become a trillion-dollar company. This is because quantum computers are guaranteed to make a transformational impact.

Reichert is an investor in Rigetti, a Berkeley, California-based start-up that raised $193 million in venture funding and is building the UK government’s first commercially available quantum computer. The project is a key part of the country’s plans to become the world’s first quantum-ready economy.

And since quantum computing will one day play an important role in the security of most nations, other countries are expected to increase funding for developing this technology.

“This funding will translate into meaningful revenue for the quantum computing start-up community,” says Damien Petty, a principal at Morpheus Ventures, a firm that also backed Rigetti.

In the meantime, most hardware makers are starting to earn some revenue by offering access to their NISQ computers via the cloud. Large companies, including JP Morgan and Daimler, are running theoretical experiments on these machines so they can be ahead of the curve for when real quantum computing emerges.

Despite the recent advances, not a single commercial application of quantum computing exists. “What we’ll have five years from now will likely still not translate into business value,” Dekate says.

But many investors are more optimistic. Petty expects that Rigetti will develop a machine with more than 100 qubits sometime in the next two years.

He says that at that level of quantum computing power it will be possible to run a limited set of problems that are not feasible on classical computers.

How many years will it take?

Even more noteworthy are PsiQuantum’s plans. This start-up – which, according to PitchBook, received $280 million from Atomico, the Founders Fund and Redpoint Ventures – claims it can build a fully functional quantum computer in five years. That’s much sooner than the forecasts of other hardware makers.

PsiQuantum is working on building a machine using silicon photonic architecture, which is one of several modalities of constructing a quantum computer.

The Palo Alto, California-based start-up says it has figured out solutions to the multitudes of challenges to building a quantum computer.

Jeff Brody, a partner and co-founder of Redpoint Ventures, invested in PsiQuantum in 2017, at a time when the start-up was still very secretive about its approach.

“There were many challenges then,” he says. “For every job opening that we had, there were only about two people in the whole world that qualified.” Similarly, finding experts to perform technical due diligence was nearly impossible.

Brody is more confident in PsiQuantum’s viability and its plan to make a general-purpose quantum computer within “a handful of years.”  He adds: “The team has been remarkable in terms of hitting all their milestones up until now.”

Brody admits that there are significant engineering challenges ahead for the company, but, at this junction, he is more concerned about raising additional funding in the future.

“PsiQuantum’s approach is unique, so it takes some diligence to get an understanding of their technical solution. I think the risk-reward tradeoff are very compelling,” Brody says.  He hopes that as interest in quantum computing grows, late-stage investors will appreciate how valuable this company could become.

In fact, all VC-backed quantum computing hardware developers will need substantial infusions of capital in the future. Petty notes that Rigetti will be raising another financing round in about two years. “With many big audacious challenges, investors underestimate the time and expense it takes to complete them,” he says.

Some of the more promising companies may reach an IPO in about five years, says Petty, who adds that there will also inevitably be casualties along the way.

“It is not necessarily a winner-take-all market, but whoever gets there first has a big advantage,” says Siraj Kaliq, a partner at Atomico, the London firm that led PsiQuantum’s latest round.

Another risk for VC-backed companies is that they are competing with the quantum computing efforts of the deep-pocketed tech giants. Although there is plenty of dry powder now, VC capital may become scarcer in the future.

“These are not cheap research projects,” Kaliq says. “We are lucky that we live in a time when big ideas get funded.”

There is so much excitement about quantum computing now, that Gartner places quantum computing at the top of ‘peak of inflated expectations’ on its signature hype cycle curve. The research firm predicts that there will be some disappointments with this technology before it will reach mainstream adoption about 10 years from now.

Ben Yu, a managing partner with Sierra Ventures, had the concept of the hype cycle top of mind last year when he decided to back Q-CTRL, an Australian start-up that develops tools for making NISQ computers less error-prone.

“Our dilemma was do we place some bets on quantum computing and catch the first wave even though we know that there will be many losers, or do we wait until the second wave when the technology is more established?” Yu says. He decided that Q-CTRL’s large upside potential was worth the risk.

One thing is clear: quantum computers will do amazing things sometime in the future.

But for the time being, the start-ups in the sector are in a quantum-like state: they are very valuable and worthless at the same time.