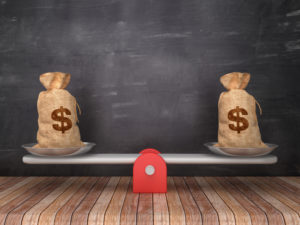 A traditional IPO process involves many esoteric steps and details. Last year, Spotify, a Swedish music streaming service, transitioned from a private company to a public one through a new method called a direct listing.

Barry McCarthy, who was at that time Spotify’s CFO, is credited with inventing the novel approach. This summer, Slack, a San Francisco-based workplace messaging platform, followed in Spotify’s footsteps.

Spotify’s and Slack’s public market debuts went smoothly, meaning share price did not fluctuate wildly, but performed as well or even better than in a typical IPO. Now, thanks in part to famed venture capitalist Bill Gurley and his proselytizing on the virtues of direct listings, the concept of direct listings gained notoriety on Wall Street and in Silicon Valley.

Although many aspects of IPOs and direct listings are similar, in a direct listing no new shares are created, and no new capital is raised by the company. (Shortly after this story went to press, New York Stock Exchange filed a proposal with the SEC for allowing new capital to be raised in conjunction with a direct listing.) But there are other differences between the two processes.

In an IPO, a company hires investment bankers to underwrite the issue and help market and sell shares to institutional investors. Bankers play an important role in an IPO, orchestrating the process from start to finish.

Before the offering date, the company’s top executives and lead bankers go on a “roadshow” where they meet with an exclusive list of institutional investors and pitch them the company’s story with the intention of persuading them to purchase shares in an upcoming IPO.

Although the roadshow is kicked off with an initial price range, that number is usually adjusted as institutional investors submit orders for the number of shares and price they are willing to pay for the company’s stock. This process is called “building the book” and until the advent of direct listings, it was generally considered to be the most effective way to conduct price discovery for the company’s IPO.

Once the book is built, bankers arrive at an IPO price, which they claim optimizes for the most desirable investor base and a probability of creating a “pop” once the stock opens on the stock exchange. (This process of book-building and the role underwriters play in pricing IPOs is what irks Gurley and helped launch his direct listing movement.)

In this historical kind of IPO, only the newly issued shares, which typically comprise 10 percent to 20 percent of the company, are initially available for trading. In the meantime, existing company shareholders (such as private market investors, founders, and employees) are restricted from selling the stock for about six months after the IPO date. While not mandated by the SEC, the theory behind the lockup period is that the company’s stock needs time to settle in and prove itself on a public market.

In a direct listing, no new shares are issued. Instead, private investors, founders, and employees can choose to sell their stock on an exchange on the first day.

Before trading begins, the stock exchange designates a reference price, which is partially based on the last private market valuation and advice from the company’s investment bankers. Then an electronic order matching system begins to match supply and demand until an equilibrium price is found, and the stock is opened on the exchange.

The process of finding an opening price may take up to several hours, but it relies on technology and algorithms that are already built-in the stock exchanges. What McCarthy of Spotify discovered is that a direct listing uses the same system that opens every stock, every day, Gurley told Venture Capital Journal.

The advantage of doing a direct listing is that shares are not diluted through an IPO issuance and insiders can generate liquidity right away because there is no lockup period. Investors in a direct listing also potentially have more information about the company’s future. Unlike in an IPO, companies that do a direct listing are required to give forward-looking guidance on the company’s financial performance before hitting the stock exchange, explained Previn Waas, Deloitte’s national IPO service leader.

Additionally, typical investment banking fees are lower than in an IPO because in a direct listing bankers act as financial advisers, which is a more limited role than they have in an IPO. There is no formal roadshow and no book-building, instead, the company can market itself to the world during an investor day and meet directly with institutional buyers. “It is this democratization of access that people like the most,” said Jeff Rosichan, a senior capital markets banker at Evercore.

But the risks in a direct listing are also potentially higher. Since there is no guarantee that investors will show up to buy the shares and there are no underwriters to support the stock in the case it drops rapidly, direct listings could be more volatile.

Additionally, not having underwriters can make it difficult to get many analysts to cover the stock, said Elgin Thompson a technology investment banker with JMP Securities. If there is no analyst research to help public investors make decisions about a stock, the listing is likely to see less demand.

But for Gurley, all the benefits of a direct listing outweigh the risks.