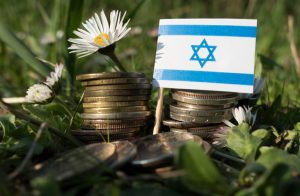 While U.S. venture investing activity appears to have cooled down slightly in Q3, Israel’s venture capital raising is continuing to expand, according to the latest report by IVC-ZAG.

During the third quarter, venture capitalists deployed $1.6 billion over 81 Israel deals, compared with $1.31 billion invested in 72 deals in Q3 of 2018, the report found.

Through the end of Q3 2019, the country’s startups raised $4.68 billion in venture financing almost reaching the $4.91 billion received in all of 2018, the report said.

Israel, which is often dubbed the startup nation, registered six deals of $100 million or more during the third quarter. These mega-rounds accounted for more than 50 percent of Q3’s total deal value,  the IVC-ZAG found. This trend is also seen in the U.S., where late-stage, mega-rounds comprised 43 percent of all venture investment activity in 2019, according to the latest report from PitchBook and National Venture Capital Association.

IVC-ZAG also found that Israel venture firms invested $280 million into local companies in Q3, accounting for less than 20 percent of the total capital deployed towards the nation’s companies in the quarter.

Although capital from international firms comprised the bulk of Israel’s total deal value,  local VC deal participation is increasing, according to the report. Israeli firms backed 267 companies in the first three quarters of 2019, compared with 226 startups backed during the first nine months of 2018, an 18 percent increase in deal activity.