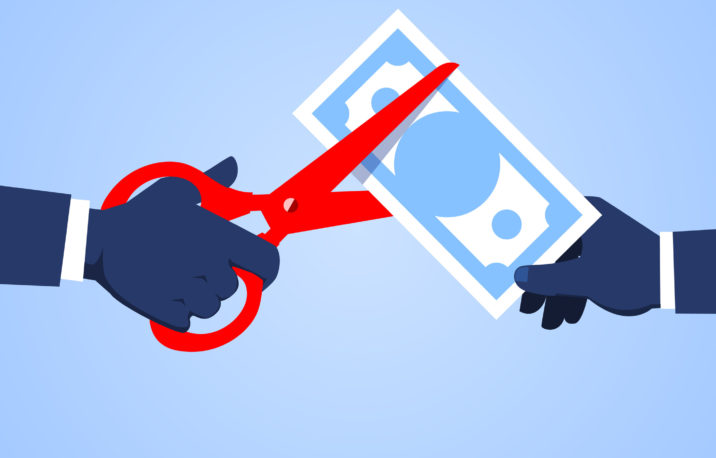 Pity the limited partner who is being asked to look into the future without a crystal ball. Should they pull back from private assets in light of the downturn in public markets and a growing consensus that a recession is looming? Or should they just sit tight?

Sentiment among investors in venture capital funds is currently divided into two camps based on how much experience they have in the market, said Hilary Wiek, lead analyst for fund strategies and sustainable investing at PitchBook.

“If people are newer to VC and are starting to see a lot of press around write-downs and turmoil going on there, and if they were there just chasing returns, I think they might do some serious pausing right now to try to figure out what they’ve gotten into,” Wiek said. “Longer term investors who have been in VC for a while will have seen these cycles before and will be more likely to understand that you need to just continue investing there because there are good years and bad years, but you’re not going to be able to pick them far in advance.”

Wiek’s recent analyst’s note, “Insights Into LPs’ Approach to 2022’s Market Challenges,” speculates on how private market investors may be rethinking their commitments. She shared some thoughts specifically about VC with Venture Capital Journal.

PE funds have exposure to a broader range of sectors than VC funds, which are dominated by tech and healthcare, Wiek said. “Which is why VC is anecdotally taking bigger hits right now when it comes to valuations because they are less diversified and they are very focused on something that is seeing a fair amount of [pricing declines].”

Her report cites the muted reaction LPs had to the market volatility two years ago when the US economy was rocked by disruptions in the early months of the pandemic. “While LPs did take a breath in Q2 2020, the fact that there was only a 7.2 percent decline in [private capital] fundraising from 2019 to 2020 indicates that LPs have a longer-term mindset when it comes to consistently putting money to work into the private markets,” she wrote in her report. “That said, the mix did shift as allocators tactically decided to place their bets into more venture capital and private debt at the expense of private equity and real estate.”

That view is consistent with data in Rede Partners’ Liquidity Index Report published in May 2021, which showed a striking turnaround in LP sentiment in the first half of 2021 from the second half of 2020, when the liquidity index had fallen significantly to below 50, indicating that LPs overall expected to deploy less capital over the following 12 months. By May 2021, the liquidity index score had rebounded to 66, its highest since 2017, with only 8 percent of LPs surveyed saying they would reduce their commitments to PE in the coming 12 months and 40 percent saying they expected to increase their commitments. However, that turnaround was driven by expectations for unprecedented exit velocity in 2021 – fueled in part by “a wall of SPAC capital seeking investment opportunities” – which has evaporated this year amid a much more stark macroeconomic scenario.

Still, one reason Wiek believes sell-offs spurred by a desire to re-balance allocations will be minimal in the near term is due to revisions many LPs made to their investment policy statements after the Global Financial Crisis, allowing greater flexibility. Those changes included widening target ranges, for example, from a hard 20 percent target with a tight band of drift, and in some cases allowing the portfolio to be outside of the targeted range for one or two consecutive quarters before considering ways to bring it back to the desired allocation, according to her report.

Even at LPs that haven’t altered their investment policy statements to be more flexible, an investment committee can still decide to diverge from that policy if the members believe it makes sense. “Very few have such a harsh trigger that they must follow it and there’s absolutely no choice in the matter,” Wiek said.

LPs keen to reduce their future commitments may prefer to target their PE fund allocations rather than those in VC funds because they make bigger commitments to PE funds, which are generally larger than VC funds and seen as less risky, Wiek continued.

Noting that the size of VC megafunds is typically one-fifth or one-tenth that of PE megafunds, she said, “The really big money tends to go to private equity, so it’s easier to scale back your commitment to a PE fund.”

In deliberating over future commitments, Wiek doubts LPs will opt to pull back entirely from riskier assets classes like VC. “If you want access to certain VC funds, if you believe you’re with top-tier managers, skipping a fund can mean that you don’t get called the next time.”

In times of uncertainty, when investors feel that risk is heightened, they’re less likely to take a chance on an emerging manager, Wiek said.

That said, “VC has seen more support for GPs raising their first or second fund than PE has,” she noted. “I attribute that to people being more willing to take risk in general if you’re getting into VC, and you’re excited by exciting new things just by being in VC. And some aspect of that exciting new thing could be a new fund manager, someone with a great new story or who’s spun out of a great old firm and decided that this is the new great way to do things.”

It is too early to know how emerging managers will be impacted. For now, they are still able to raise new funds. Last week, Vine Ventures closed its second fund on $140 million, while Vertical Venture Partners secured $90 million for its third vehicle. This week, MaC Venture Capital raised $203 million for its second seed-stage fund.

Investors more adverse to risk will stick with what’s familiar, often re-upping with an existing fund manager, Wiek said. And where LPs have a new allocation to an area they haven’t invested in before, if they see higher risk, they’re more likely to choose the name brand than an up-and-coming manager.

One reason “that can be different in VC is there’s more limited fund sizes,” Wiek added. “So maybe you can’t get into Sequoia. Even though you wouldn’t be fired for hiring Sequoia, Sequoia may not have availability in their fund, versus Blackstone seems to have endless capacity to absorb LP assets if they’re willing to throw money at them.

“Maybe that is another reason why emerging managers have a somewhat better shot because you can’t always get into the top-tier venture firms.”