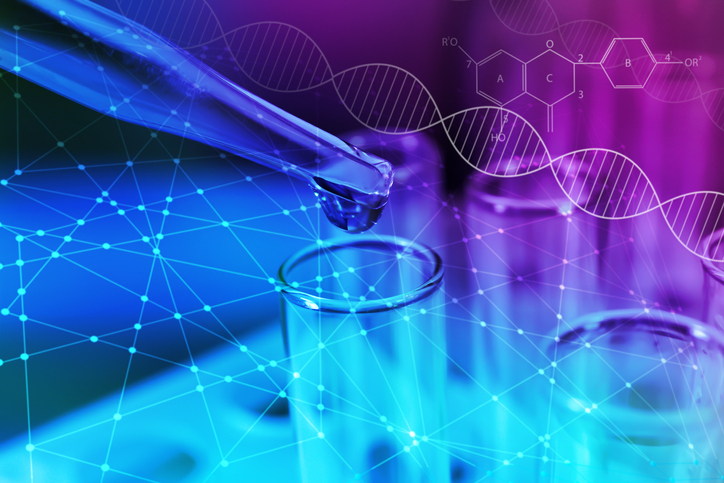 As the covid-19 crisis rages around the world, an acute need for innovation in healthcare seems to be pumping strong tailwinds into the sector.

In March and April, when public markets plummeted and VC deal activity slowed, life sciences start-ups were continuing to receive significant funding from private and public market investors. And biopharma deal-making picked up even more in May and the summer.

“The biotech industry is as active as ever. Our world has not slowed down a beat this year,” says Corey Goodman, managing partner with venBio Partners.

In fact, the sector is on track to have the largest year for venture investments in history. Through the end of June, VCs poured $14.8 billion into life sciences companies compared with the $23 billion the industry received during all of 2019, according to data from PitchBook and the National Venture Capital Association.

Exits in the sector have been equally significant.

Since April, an otherwise tepid IPO market has been dominated by biotech debuts. Through the first six months of the year, 26 life sciences companies hit the public market and surged on average 79 percent from their first day of trading, according to data from Silicon Valley Bank.

“We are now seeing 50 percent to 100 percent first-day IPO pops with regularity,” says Jon Norris, a managing director at SVB.

But the investor appetite for biopharma companies could only partially be attributed to their role in trying to solve the coronavirus crisis. The vast majority of biotech start-ups are not working on covid-19 vaccines and therapies but are continuing to develop treatments for such diseases as cancer, neurological conditions and rare illnesses.

Although the covid-19 pandemic is shining a light on the importance of drug development, upon closer examination it appears that the current boom in biopharma is driven by a handful of auspicious factors.

For a number of reasons, risks associated with most biotech companies did not change when the coronavirus erupted and stay-at-home orders went into effect.

Since VC-backed life sciences companies are many years away from generating revenue, a temporary halt in clinical trials during the height of the pandemic had a somewhat insignificant impact on the long-term prospects of these start-ups, says Greg Yap, a partner at Menlo Ventures. He adds that companies still in the pre-clinical stage quickly switched to a shift work-schedule in the labs, an environment where scientists were already likely wearing masks and observing good hygiene.

And the future of biotech start-ups is mostly dependent on M&A from large-cap pharmaceutical companies that have an ongoing need to replace medicines in their portfolio.

“The revenue of big pharma is based largely on drugs that are patented, and the clocks on patent expiration are always ticking,” Goodman says.

In the late 2000s, big pharma decreased R&D budgets and instead began filling drug pipelines through acquisitions of promising VC-backed biotech companies. Since then, VCs have played a crucial role in helping bring new drugs to market.

This “outsourcing” strategy has been working. According to data compiled by SVB, 42 percent of all drugs approved by the FDA between 2009 and 2018 originated from VC-backed companies.

Yap says that big pharma’s appetite for drugs developed by venture-funded start-ups is only poised to increase as the pace of innovation in science and biology accelerates.

Life sciences VCs entered the covid-19 downturn chock full of freshly raised capital, allowing GPs to deploy capital into new deals unabated. US-based healthcare firms closed on $10.4 billion in new funding in the first half of 2020, which is nearly as much as the $10.7 billion collected during the full-year 2019, according to SVB’s data. New funds closed this year include Flagship Pioneering’s $1.1 billion seventh origination fund, ARCH Venture Partners’ $1.46 billion fund and Andreessen Horowitz’ $750 million third bio fund.

Unlike many of their tech-focused peers, life sciences VCs lost no time adjusting to the virtual deal-making environment.

“Most early-stage deals back a known serial entrepreneur or management team,” he says. “You do not need to have an in-person meeting for these deals to get consummated.”

In the meantime, deal sizes have increased noticeably, with a median early-stage round collecting 36 percent more in funding during the first half of 2020 than a median deal that closed in 2019, according to PitchBook’s analysis. And $50 million-$80 million Series A rounds became a common occurrence.

“We want to make sure that companies have enough funding to make it through the recession,” says Goodman, who adds that the industry should not expect that its investments will continue to have quick public market exits. “Biotech companies are going public faster now. I cannot imagine that IPOs will continue at the current pace. In a year’s time, we may need more clinical data before taking a company public.”

Yet, Yap is not worried about a decline in public market debuts. “If IPOs slow down, M&A activity will increase. Now that public market activity is strong, Big Pharma can wait until the company has less risk,” he says.

In the meantime, early-stage pre-money valuations have remained largely unchanged from the pre-pandemic levels, but the timing between funding rounds has certainly shrunk, Norris says. Late-stage rounds now take place a couple of years after Series A is closed, and an IPO six months following a late-stage deal is not uncommon, according to Norris.

Unsurprisingly, the increase in activity has attracted more LPs to the sector in recent years.

Goodman says that while LPs in venBio’s 2011-vintage $179 million first fund were primarily strategic pharma companies. Ninety percent of LPs in the firm’s third fund – a nearly $400 million one that closed in April – are financial backers like family offices, funds of funds and endowments.

Not only have recent IPOs helped to provide distributions to LPs, but now there is a prospect of backing a fund that invests in a blockbuster company, such as Moderna Therapeutics, which was valued at $7.6 billion at its December 2018 IPO.

Generalist VCs have also been getting increasingly involved in the biopharma sector. “Biotech companies have generated outsized returns over the last several years and many generalist VCs don’t want to miss the train,” says Joshua Chao, a VC analyst with PitchBook.

Generalist VCs, including Andreessen Horowitz, New Enterprise Associates, Kleiner Perkins and CRV, have not shied away from biotech and in fact have doubled down on many outperformers, Chao says. These funds brought on new GPs and supporting teams to assist with the highly specialized due diligence that comes with evaluating biotech startups and sourcing deals, he adds.

Goodman says that he is also noticing that more generalist firms are now involved in biotech. They are interested in investing at the intersection of life sciences and computational approaches, he says.

Generally, potential returns from biotech start-ups are different from tech companies. “We have lower returns than in tech, but we also have more winners,” Goodman says. “I had one company return 24X, which is more akin to a tech return. Successful returns in our sector fall in the 3X to 10X range. We don’t need a grand slam.”

And the industry will likely see more interest from new investors.

“Entrepreneurs and researchers are working with some of the most advanced scientific toolkits in history and, as the intersections between digital and biology continue to increase, we anticipate an increase in the number of investors who want to get behind promising, innovative scientific discoveries,” Chao says.

While a big part of the momentum in biopharma has been in motion since before 2020, the covid-19 outbreak certainly had a direct influence on certain areas of the sector. We are seeing a renewed interest in infectious disease, virology and antibiotic resistance, according to Yap.

The current health crisis has also brought the industry to the forefront and into headlines.

“Public sentiment about pharma was at an all-time low prior to the pandemic,” Yap says. “But now there is a newly found appreciation for the role of drugs in society. We can’t squander this opportunity.”