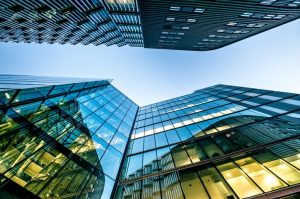 Many large corporations are getting in the venture game to discover and participate in the growth of the latest technologies in their industries.

The latest corporation to double down on its venture capital investments is Northwestern Mutual.

The Milwaukee, Wisconsin-based insurance company announced that it allocated $150 million towards a second corporate venture fund. This fund will be an extension of its first $50 million Futures Ventures fund that launched in 2017.

Investment criteria and focus of the second fund has not changed from its first, the company said in a statement.

The CVC will write checks from $500,000 to $5 million for startups at the Series A or Series B stage. Northwestern Mutual prefers to co-invest with other venture funds but may consider leading rounds of some startups.

Since launching more than two years ago, Northwestern Mutual Future Ventures has completed investments in 14 startups and deployed $43 million in capital, the company said in a statement.

Investments out of the insurer’s first fund include Chime, a mobile banking startup and Betterement, a robo-advisor.

Prior to launching an official corporate venture fund, Northwestern Mutual invested in LearnVest and acquired the personal finance software startup in 2015 for reportedly $250 million.