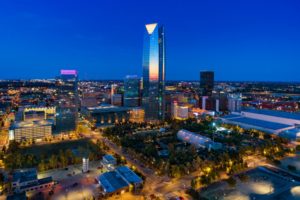 Cortado Ventures recently began fundraising for the second half of its sophomore pool targeting $80 million.

The Oklahoma City-based VC firm raised the first $20 million for Fund II in mid-May, closed the next $20 million tranche in early August and expects to reach $80 million by year-end.

Similar to its first fund, which closed on $20 million in May 2021, Cortado’s second pool plans to invest in 25 to 30 companies in pre-seed through Series A rounds.

First checks will range from $250,000 to $2.5 million, with 60 percent of the fund to be reserved for follow-on rounds. The fund can invest up to $12 million in any one company up to three rounds.

Roughly 80 percent of Cortado’s LPs are based in Oklahoma or adjacent states, but that’s starting to change.

Most of the LPs in Fund I were high-net-worth individuals and family offices. More importantly, “most of them operate in sectors in which we invest,” Cortado co-founder and managing partner Nathaniel Harding told Venture Capital Journal. “Part of our strategy is as we make seed investments, our LP network is very strategic for us. We’re able to source and vet companies as well as have pilot and commercial customers.”

One reason out-of-state institutional investors are attracted to Cortado is the frothy market valuations they have found in more established markets, as well as “some mission creep.”

Most of the sectors that Cortado focuses on, such as energy and logistics, are legacy sectors in the mid-continent region that have been harder to innovate in, traditionally underfunded and overdue for innovation, Harding said.

Venture fundraising by Oklahoma startups increased in 2021 to $141.6 million, nearly three times the $49.3 million raised in 2020. This year, fundraising is on pace to surpass the record high set last year, with $113.9 million raised as of June 30, according to the latest Pitchbook-NVCA regional breakdown report.

Biotech and logistics are two sectors for which Oklahoma has been garnering recognition. The federal Economic Development Agency’s Build Back Better program named Oklahoma City and Tulsa as finalists on its list of most promising investment locations, for innovation in biotech and logistics, respectively.

Those are “markers of where these growing sectors are and where the ecosystem is starting to develop,” said Harding.

One biotech startup in Cortado’s stable is Sensulin, a preclinical biopharma company that’s developing a glucose-responsive insulin for type 1 and type 2 diabetes.

Cortado’s portfolio also includes startups innovating in logistics, such as Ox, which is helping retailers transform their stores to operate as distribution centers. Ox’s technology enables clients to enhance their buy-online-pick-up-in-store, or BOPIS, operations, Harding said.

Cortado is also interested in the drone ecosystem being developed in Oklahoma. One such startup is Vigilant Aerospace Systems, which is developing and marketing new situational awareness, detect-and-avoid and autonomous flight products for manned and unmanned aircraft. Working with Cortado, Vigilant is launching a funding round to commercialize its technology.