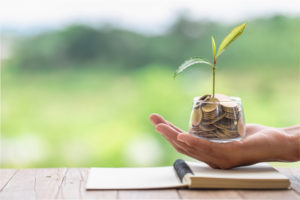 Some limited partners tend to keep things very close to the vest.

But Sapphire Partners, an LP division within Sapphire Ventures, prides itself on being transparent about its strategy.

The LP even created an online community called #OpenLP aimed at educating GPs and tech entrepreneurs about fundraising and related issues.

Sapphire Partners was launched in 2012, shortly after Sapphire Ventures separated from SAP, the German tech giant that 17 years earlier started the firm as a CVC. SAP stayed on as an LP in the newly spun-out firm and today remains an anchor or a sole LP in eight separate Sapphire funds across three distinct strategies.

Besides Sapphire Partners, which invests in early-stage venture firms, the Sapphire platform includes a direct investments arm focused on expansion-stage companies and Sapphire Sport, a fund backing early-stage stage sport and media startups. The Palo Alto firm has an aggregate of about $4 billion in assets under management but does not break out AUMs by division.

The LP division was originally set up as a $405 million fund of funds but was eventually modified to take on an evergreen-like fund structure. This means that the fund can recycle distributions to meet any future contribution obligations, says Beezer Clarkson, managing director of Sapphire Partners.

“This structure is incredibly important to us because it enables us to be durable, patient, long-term partners for our GPs,” Clarkson says. The fund commits about $100 million to $125 million every year to eight to 10 funds and the intent is to keep this annual deployment steady regardless of what is going on in the market.

While Sapphire Partners has enjoyed strong returns, especially over the last couple years, it is not yet fully self-sustaining. “We are driving towards complete independence, but a single source of capital continues to stand behind all capital needs,” Clarkson says.

Sapphire Partners backs seed-stage VCs that are as small as $40 million, but the LP’s sweet spot is Series A investors, particularly those with more than $100 million in capital.

The LP has a couple dozen GPs in its portfolio, with about 15 of those considered to be core managers that Sapphire Partners has backed over several funds, Clarkson says. The disclosed relationships include Union Square Partners, SaaStr, Point Nine Capital, Amplify Partners and Data Collective.

Confidentiality agreements prevent the LP from releasing the names of its other VC partners.

Laura Thompson, a principal with the fund, says that the LP has always focused on three geographies:  US, Europe and Israel. She says those regions have always produced incredible entrepreneurs and technology. “In the last couple of years, we’ve seen a real acceleration of investing in Europe. This is a result of both the increasing quality and quantity of startups in Europe and the still-high valuations and competition in the US,” Thompson says.

Another trend that Sapphire Partners finds attractive is sector-focused funds, such as Forerunner Ventures, Amplify, Data Collective and Ribbit Capital, which have built platforms around commerce, enterprise, deep tech and fintech in record time. “But we are also not building our portfolio on super narrowly-focused funds,” Thompson says.

The LP typically adds a few new managers to its platform every year. These funds are not necessarily emerging, but are just new to Sapphire Partners, Thompson says.

For emerging managers, Sapphire Partners wants to see VCs who have institutional investing experience and have spun out of larger funds.

“The best way for GPs to pitch us is to start the relationship early, ideally before the fundraising starts. We enter in partnerships with a long-term view, so we take each commitment seriously,” says Clarkson. “We appreciate that it’s hard to find LPs, but we also love it when folks do their homework on us before pitching.”

As for what is next for the LP, Sapphire Partners thinks of itself as a perpetual fund and does not foresee it deviating from the current model, Clarkson says.   “We believe that LPs should be a little bit boring,” Thompson adds.