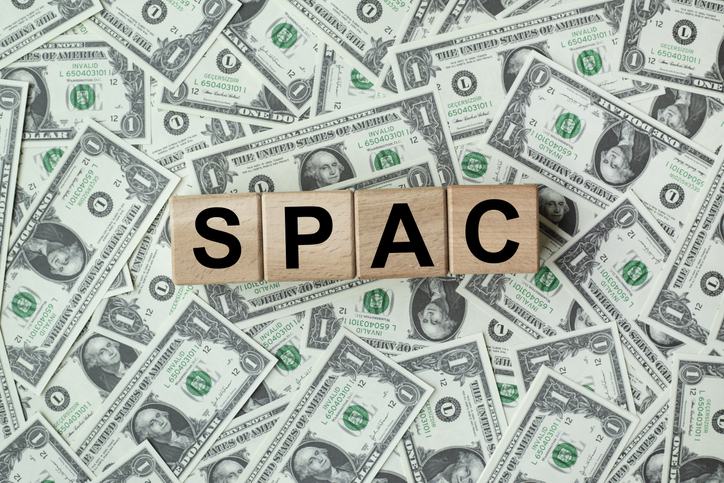 “There are a lot of fees and potential conflicts inherent within SPAC structures,” Gensler told the Senate Banking Committee on September 14, “and investors should be given clear information so that they can better understand the costs and risks.”

Five days earlier, the chairman told the Investment Advisory Committee he wanted Commission staff to come up with suggestions for rules that would give the public “enhanced disclosures” and an “economic analysis to better understand how investors are advantaged or disadvantaged by SPAC transactions.”

“I’ve asked staff to look closely at each stage of the SPAC process to ensure that all investors are being protected,” he said.

Special purpose acquisition companies have had themselves quite a moment. Last year, they raised as much money in a single year as they had in the entire decade.

SPACs begin their lives as IPOs. They then have two years to find a company to acquire or with which they merge. If the SPAC can’t meet the deadline, investors get their money back with interest. If the SPAC finds a target company, investors can either cash out when the newly combined company goes public or use the SPAC warrants to buy even more shares in the new company. Supporters say it’s a terrific way of bringing retail investors into private funds, and to bring private companies into public markets.

But skeptics are worried that their complex structures and meandering paths to market are bogging ordinary investors down while insiders run away with the cash. “I agree with your assessment that we can do more to strengthen SPAC disclosures, especially around dilution,” Gensler told the advisory committee.

‘Investors are bearing the cost’

Gensler and his co-thinkers rest their case in part on a 2020 paper in the Yale Journal on Regulation by a trio of academics. In it, researchers examined 47 SPAC mergers between January 2019 and June 2020.

“Although SPACs issue shares for roughly $10 and value their shares at $10 when they merge, as of the time of a merger, the median SPAC holds cash of only $6.67 per share,” Stanford Law professor Michael Klausner wrote for his colleagues. “In other words, SPAC dilution amounts to roughly 50 percent of the cash they ultimately deliver to companies they bring public. These costs are much higher than those for IPOs, even accounting for underpricing, and are roughly twice as high as even SPAC skeptics have previously estimated.”

In essence, Klausner and his fellows found that SPACs create two tiers of investors. Those who sell their shares before the company merges with another tend to do well. Those who wait to sell at the time of a merger tend to lose money, the researchers found.

All was not lost, Klausner and his colleagues said. The July 2020 launch of Bill Ackman’s Pershing Square Tontine Holdings, they said, “broke the mold.” Pershing “went public as the largest SPAC in history, and with a structure entirely different from what we have described above,” Klausner wrote. Under Pershing’s structure, neither Ackman nor his firm will take a dime unless shareholders see returns at 20 percent or more for 10 years – the term of Pershing’s SPAC warrants.

Klausner’s Pershing enthusiasm is already being tested. In August, former SEC commissioner Rob Jackson helped bring a suit against the new SPAC, alleging that Pershing Square gouges ordinary investors so that the firm’s principals can get even richer.

Ackman wasn’t the only one who saw Jackson’s suit as a frontal assault on the SPAC industry. In the days after the case was filed, lawyers from 49 of some of the biggest securities law practices condemned it as “without factual or legal basis.”

In its recommendations for Gensler, the advisory committee urged the Commission to adopt rules requiring “plain English disclosure in a SPAC’s registration documents” – not just in the footnotes – explaining how various parties in a SPAC stand to benefit.

“To the extent particulars cannot be determined and disclosed because they are subject to future negotiation at the time of the ‘de-SPAC’ transaction, the Commission should consider ways to encourage disclosure around “guardrails” or ranges of acceptable terms,” the committee said.