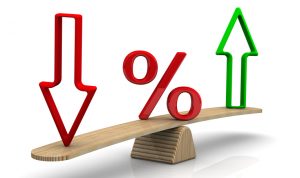 Venture capitalists were upbeat about the value of the Silicon Valley-based companies they funded in Q3 2019.

The average share price increase for private companies raising venture capital rose to 88 percent in Q3, compared to 77 percent in the second quarter, according to a report from Fenwick & West. This was the largest increase since the mid-2015, the survey found.

The most significant valuation increases were for companies that raised Series B and C financings, while Series D and E rounds saw a decline in share price expansion.

The law firm’s quarterly analysis found a slight decrease in the percentage of up rounds. Eighty-one percent of the companies surveyed were priced higher, compared to 86 percent in the second quarter of this year. Down rounds remained largely unchanged, with 7 percent of deals getting marked down compared to 6 percent last quarter.

The analysis was based on a review of 189 venture deals, including 123 Series B and later rounds, that the law firm was engaged on in the third quarter.

Valuations of internet, software and hardware deals rose by more than 90 percent during the quarter, while life sciences companies valuations increased by a more modest 47 percent.