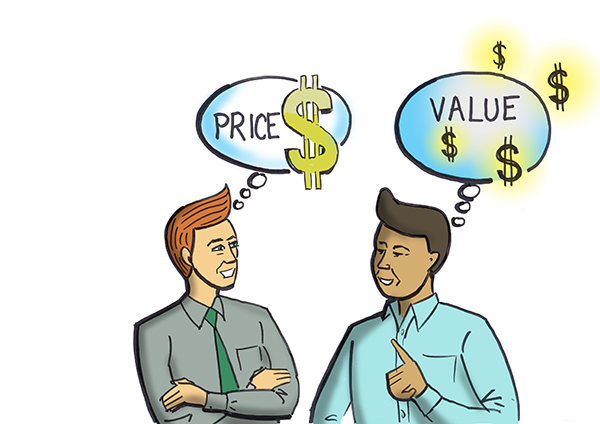 Dramatic increases in start-ups’ demand for capital versus a stable supply of capital, plus declines in exit activity and values for VC-backed companies that listed publicly or were acquired in the past two years, augur a shift to more investor-friendly terms in fundraising negotiations with start-ups in the coming quarters.

That’s one of the key conclusions of a new PitchBook report, Q3 2022 Quantitative Perspectives Report: Silver Linings on the Time Horizon.

Late-stage companies’ demand for capital is up about 83 percent from a year ago, twice the rate of demand increase (41 percent) by early-stage companies, PitchBook found. That, in addition to constricted exit opportunities, has shifted VC deal-making in favor of investors since a peak in founder-friendly deal terms in the first quarter of 2022.

The smaller amount of capital supply available relative to increases in demand for capital by both late-stage and early-stage start-ups gives GPs added leverage in negotiations with founders, Alex Warfel, a PitchBook analyst who co-authored the report, told Venture Capital Journal. Among other metrics, entry multiples are likely to be more favorable for investors in the coming months, he noted.

That will enable “investors to find great opportunities in the market, especially as start-up companies are being asked to increase their runway,” said Warfel. “If they’re not able to do that in a timely manner, they’re going to come back to GPs and ask for more money, [with terms that will] be even more investor-friendly. So there are a lot of tailwinds I see from the investor’s perspective in this market.”

Price-to-sales multiples for public companies that were previously venture-backed have been cut across the board, with the median multiple dropping by nearly two-thirds to 5.6 times from 17.3 times over the last year, the report said.

The overall exit value for VC-backed companies fell by more than 88 percent for January through July of this year compared to the first seven months of 2021, or $55.22 billion compared to $470.93 billion. Venture-backed IPOs took the biggest hit: their value totaled just $28.31 billion from January to July, down more than 93 percent from $416.79 billion in the same period last year. Meanwhile, the value of M&A and buyouts dropped 50 percent from $54.14 billion from January through July 2021 to $26.91 billion in the same period this year.

Austin-based Silverton Partners, which closed its seventh pre-seed/seed fund for about $178 million and its second opportunities (growth) fund for $67 million in March, has seen the pace of deals it has consummated decline by 55 to 60 percent from last year, managing partner Morgan Flager told VCJ. Two of the four new deals Silverton has signed so far this year deployed cash from prior funds, while the other two were net new deals. One of the three growth-oriented deals Silverton has signed this year was from the new opportunities fund.

“For net new deals, terms are coming back toward investors,” Flager said. But “I don’t view it as a universal positive.” He explained that declining valuations are putting pressure on multiples that his more mature portfolio companies have to settle for when being acquired.

Even top-quartile companies that previously were raising capital at 50 times revenue are more likely to get a 15 times multiple, Flager noted. Some founders understand that the market has changed and are willing to accept lower valuations in order to continue fundraising to fuel their growth, even if they can afford to wait.

“We’re actively funding folks that have that mentality, which is the mentality I have, [which is that] it’s unlikely [for multiples to get] a ton better in the next six to nine months,” he said.

Flager also expects to see increased financial structuring in venture deals over the next 18 months, including more explicit terms regarding cumulative dividends and participating preferred shares.

That’s one alternative to taking a down round the next time founders raise capital, which would let founders preserve the higher prices they secured in 2020 and 2021, in exchange for giving investors more security that they will get the returns they want, Flager said.

All VC deal stages and industry sectors remain above their long-term (since 2003) trends, but most have fallen below their short-term (prior four quarters) trends, according to PitchBook. There is still plenty of venture deal activity in the market, which has stayed above trend so far this year.

Exit values for companies in all major sectors are below their short-term and long-term trends, Pitchbook reported.

Recent VC-backed public listings will serve as comps to late-stage valuations in the quarters ahead. Except for a few bright spots, such as Airbnb and Snowflake, the most highly valued IPOs in the last four months of 2020 have suffered marked downturns, and the top listings from 2021 have performed even worse due to higher sales multiples at the time of the IPO.

The median cumulative return (-65.7 percent) for VC-backed companies with IPOs in 2021 was three times lower than that of companies that listed publicly in 2020 (-21.5 percent), due primarily to much higher price-to-sales multiples in 2021. The median multiple last year was 50.4 times sales, compared to 21.5 times the year before.

Not as bad as GFC

The decline in VC market value from peak to trough in 2022 is one of the longest on record – down 25 percent over about 230 days. However, it falls short of the 55 percent drop over 520-plus days during the Global Financial Crisis.

When put “in the context of many other bear markets, [this year] doesn’t seem as bad,” Warfel said.

The thing that has surprised him most is the extent to which demand for capital has continued to increase for later-stage companies.

“They probably over-extended the amounts of operations and headcount during the frenzy in 2020 and 2021, and to still see that continue today is very interesting, or at least to see them continue to demand capital as they’re doing some layoffs and as they’re reducing their [market growth] footprint,” Warfel said.

So far this year, 575 start-ups have laid off more than 76,060 employees, he said, citing data compiled by the layoffs.fyi tracker.