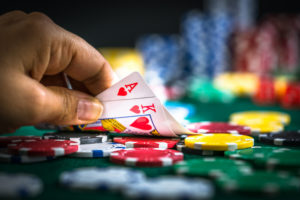 There were not many limited partners entering venture capital at the bottom of the great recession. But Tennessee Consolidated Retirement System saw the financial crisis as an opportunity to establish a relationship with previously hard to access fund managers.

TCRS made its first allocations to venture and buyout funds in 2009 at the very bottom of the market.

It paid off. The pension plan’s investments in venture and PE helped to double TCRS’ assets from $26 billion in 2009 to $51 billion today.

The combined PE and VC portfolio has returned more than 16 percent over a one-year, three-year and five-year periods. (TCRS did not provide a breakout of its venture portfolio returns.)

While TCRS’ buyouts holdings have performed well, the pension’s venture assets have had an even stronger run up.

“Currently venture capital represents 15.5 percent of our commitments, but 28.8 percent of our portfolio value,” Daniel Crews, director of private equity told Venture Capital Journal. This means that venture has been growing significantly faster than buyouts.

However, a large part of TCRS’ venture portfolio is still unrealized, said Crews, who is cautious to not get too excited about paper returns.

In venture, it is important to look at distributed to paid-in (DPIs) metric, he said. “We still look at IRR, but we also learned that IRR goes up exponentially over time.”

Crews warns that a fund with a great IRR, but low DPI has a lot of risk. “A unicorn’s value can always go down to zero,” he said.

Many investors avoid venture because returns are lower while dispersions are higher than in buyouts, Crews said. “But we believe if we are patient and diligent, we can select managers who will outperform,” he said.

“Nowhere else in the TCRS’ portfolio can we access the kind of outsized returns that high-quality startups can provide,” Crews said. The pension plan’s expected net IRR for VC commitments is in the high-teens, he added.

The Tennessee Consolidate’s allocation to private equity is currently only 6.1 percent, but TCRS is planning to raise to 10 percent by 2023.

“We feel good about the asset class, even though it may not continue to have the same stellar returns,” said Michael Brakebill, chief investment officer.

Crews said he expects venture’s component of the total private equity portfolio will continue to increase in the near term, but over time, VC will not scale along with other private assets, falling back to 15 percent or even lower.

“We are looking to invest in outstanding venture managers,” he explained. “When there aren’t any VC managers clearing our high bar, we will not go to the next best manager in order to fill the bucket.”

First, the pension plan generally invests in managers whose fund sizes are $500 million or higher.

Second, TCRS looks for firms with a strong track record of exits within the current firm.

“We’ve learned that a stable team of consistent performers will outrun a high-turnover team of all-stars,” Crews said.

This means that the pension plan is highly unlikely to take a chance on a manager’s first or second fund, but Tennessee Consolidated made an exception to this rule and the large fund criteria when it committed $20 million towards Drive Capital’s $250 million first fund in 2014.

Crews said that TCRS was attracted to Drive Capital because the partners came from Sequoia Capital, and their focus was unique at the time, going after the Midwest where the ecosystem was ripe for startup funding. The firm became a “huge success story” and Tennessee Consolidated recently committed to Drive Capital’s $307 million third fund.

TCRS is stage agnostic, but criteria for large funds precludes investments in seed-focused mangers whose funds are usually significantly below $500 million.

The pension plan also makes sure not to invest in single-theme and industry-focused firms, said Crews, who added that there is a preference for enterprise technology because it tends to be stickier than consumer technology.

The pension plan continues to be committed to venture capital and looks at 200 to 300 venture funds a year.

“A manager who meets all of our requirements should also understand that it may take several years for a fit between us and the manager to emerge,” Crews said. “We don’t want to rush into a relationship with a GP.”

Tennessee has one of the best funded state pension plans in the country, according to research from Pew Charitable Trusts. It serves more than 350,000 active and retired teachers and state employees.

When asked what contributed to the success of their venture and buyouts program over the last decade, Crews said: “We had great timing, a high-performing investment team culture, a solid investment philosophy, supportive leadership and talented advisors.

% ALLOCATION TO VC: No official target

HOW TO PITCH: “For new contacts, we will look at any pitch that comes through email. Like our GPs we look at over 1,000 pitches per year to pick 1-2 new partners,” said Crews about PE and VC funds.

WHAT IT LOOKS FOR: A net IRR in the high-teens and multiples that are consistently above median over time.

FUND SIZE PREFERENCE: Over $500 million, but will make an exception to this rule if all other criteria is met.

TYPES OF FUNDS IT WON’T INVEST IN: Non-U.S. country-specific funds and funds with a narrow theme.

INVESTMENT SECTOR PREFERENCE: None, but tends to like enterprise tech over consumer tech.

TYPICAL COMMITMENT SIZE FOR VC FUND: Currently writing checks significantly below $50 million check size target. Seek to be less than 10 percent in some cases 15 percent of the fund.

COMMITMENT PACE FOR VC: Over the coming years TCRS expects to average $125 million per year in annual total venture commitments.

CO-INVESTMENTS: Not doing co-investments in venture because hard to manage investments with small check sizes.