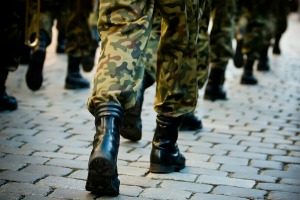 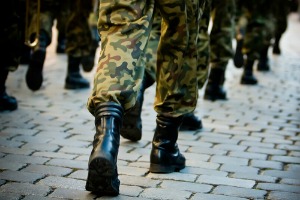 Last week the National Venture Capital Association (where I am on the Executive Committee) and Thomson Reuters announced the 2Q12 fundraising data for venture firms – don’t worry, you are excused if you did not see the results. Not pretty. The data has some potentially troubling implications for entrepreneurs, not just GP’s.

While the headline looked encouraging with $5.9BN raised this past quarter, which ironically compares very favorably to many of the recent quarters since the Great Recession started over four years ago, it is the details which are more disturbing. If you annualized last quarter’s pace you might conclude that the VC industry is back to raising around $25BN per year – which is about how much we as an industry invest each year. But as you can see in the chart below, the number of firms which raised capital (38) is very much a low water mark and most of the capital went to a small number of firms.

So why am I so disturbed by these results? Couple of high/low lights in the detailed data:

-Of the 38 firms which successfully raised new funds this past quarter, only five firms (NEA, IVP, Lightspeed, Kleiner, Mithril (Peter Thiel)) accounted for nearly 80% of the total dollars raised

-Of the top five funds raised, four were at least the ninth fund that firm had raised

-Notwithstanding that NEA is headquartered in Baltimore (with a very significant and successful Silicon Valley presence), the other firms in the top five are based in the Valley – which may raise concerns over time about the geographic diversity of how innovation is funded in this country

-10 of the 38 funds were from new managers, which also is the lowest number of new venture managers since 2Q09 – which very much underscores that LP’s have largely turned their collective backs on new venture firms trying to get into the market

-Many LP’s are concluding that the optimal size venture fund in this environment is “a few hundred million dollars” but as funds size shrink, more capital intensive industries like biotech and cleantech will be increasingly out of favor

-When I stare really hard at the list of funds, many of their names suggest that they are really annex funds or small follow-on investment partnerships of existing funds which arguably overstates the number of new funds raised

Having said that, though, the venture industry has a marvelous ability to re-invent itself in the face of poor returns and lack of liquidity, as we are seeing in real time with new creative investment models (micro-VC, super angels, etc). Notwithstanding that observation, the VC industry is characterized by both high barriers to entry and barriers to exit, that is, it can be hard to get in and for many firms that have raised multiple funds, most times it is hard to be pushed out!

But what is most disturbing for me is that the concentration of capital in fewer and fewer hands operating with very large venture funds will make it meaningfully more difficult for companies to be funded. And I am not simply referring to raising your first $500k seed round to build an initial product, which there appears to be no shortage of today, but raising more meaningful dollars to build your company (which still takes real money).

We are in an environment where too many “look-alike” companies have been seeded with quite modest amounts of capital, and when they come back to raise their first institutional round, those entrepreneurs will be surprised by the relative paucity of Series A/B/C VC firms which are actively investing.

So what is a CEO to do? Be hugely capital efficient and get out there now and start meeting as many VC firms as you can.

UPDATE: Earlier, Michael contacted peHUB and told us he posted an addendum to his piece. It is here.

Michael Greeley is a managing director with Flybridge Capital Partners. Opinions expressed here are entirely his own; to view this post, please visit his blog.