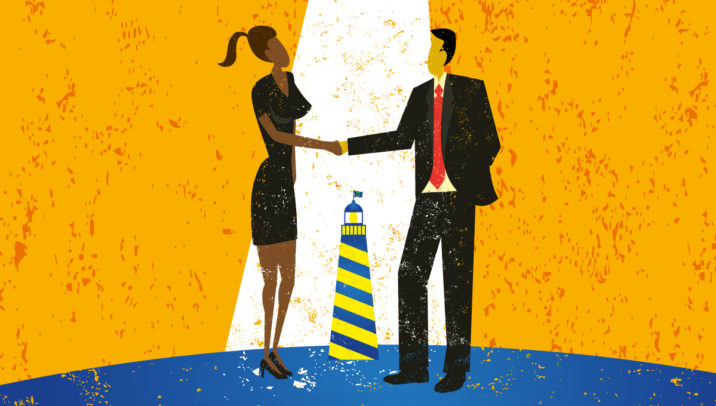 Some limited partners are finding it harder to get access to really good venture funds in Europe, many of which are heavily oversubscribed from their existing LPs. Ten years ago, there might have been two or three funds that were inaccessible to new investors, whereas now it’s more likely 10 or 12.

That’s one of the notable changes in a more mature European VC market, according to limited partners that invest in European venture funds. Venture Capital Journal spoke with three active investors to get them to share their insights: Top Tier Capital, Skandia Mutual Life Insurance and the Wellcome charitable foundation.

While there’s little sign that GPs are finding it hard to raise funds at this time, deployment of cash to portfolio companies is down as many start-ups are well-capitalized and fewer of them are raising new rounds.

All three LPs VCJ spoke with say they are not letting the market downturn compromise their commitment to long-term commitments to their portfolio fund managers. They are mostly focused on early-stage funds, whose start-ups are raising smaller rounds than later-stage companies and are far enough away from potential exits to not have to worry about reduced valuations in the near future.

Track record and net returns are, of course, the priority for all of these LPs when considering a manager, but they are also weighing domain expertise, value-add capability and what founders are saying about their backers.

Top Tier manages $8.1 billion in funds of funds that invest in venture managers worldwide. The US-based firm launched its dedicated European venture fund of funds in 2019 with €260 million. Before that, it invested in European funds opportunistically for a long time. The European FoF is nearly completely deployed at this point, though some dry powder remains.

Michelle Ashworth, venture partner in Top Tier Capital Partners’ London office, splits her time as a venture partner between Top Tier and the Church Commissioners, a £10 billion ($12 billion; €14 billion) endowment at the Church of England. The two portfolios have a reasonable amount of overlap but differ in their degrees of focus and investment capacity.

With a slightly broader platform than an endowment, Top Tier isn’t constrained by how much capital it’s allowed to invest in any one calendar year. But their approach and the kinds of managers they target are roughly the same: established venture firms with strong track records.

Current public market conditions are largely irrelevant to the early-stage funds that Top Tier will invest in this year because none of their portfolio companies are likely to be ready to exit for another six to eight years.

That’s not so when investing in later-stage funds where “entry valuations fluctuate a lot more and there’s a lot of uncertainty [among people] worried they’ll catch a falling knife,” Ashworth says.

She says she isn’t aware of specific pockets in Europe where entry valuations are a lot lower than elsewhere, and even if they could be found, it’s not “something that we would chase as an LP.”

As for sectors, Ashworth believes LPs generally do better to invest with very good generalist managers and let them choose which sectors they deploy capital in rather than targeting funds focused on fintech, semiconductors or other subsectors.

There are some exceptions, however. Top Tier allocates up to 20 percent of each of its fund vehicles into healthcare and looks for dedicated healthcare tech VC managers to do so.
What does Top Tier look for when vetting a manager? Mostly the strength of the GP’s track record, gauging performance by both IRR and multiples. In addition to monitoring multiples achieved at individual company exits, Ashworth looks at net multiples for the funds as a whole each quarter.

With value-add increasingly important for VCs, Ashworth also wants to see that VC firms are staffed with experts in each individual sector being targeted who can provide tailored market advice to portfolio companies.

As an investor that manages roughly $56 billion in a pool of private pensions that employers pay into for 12 million people, Skandia Mutual Life Insurance has a much longer tolerance than most LPs for long-term investments across market cycles. For workers who start accruing pension savings in their 20s, that can mean commitments of 50 to 70 years, says Stefan Fällgren, an investment director in Skandia’s private equity and infrastructure group who manages the venture program and also invests in buyout funds.

Skandia’s 15-year-old venture program is currently just over $3 billion in size, he notes.
“We run a concentrated portfolio strategy targeting western Europe and the US and have 15 active venture managers – 12 in the US and three in Europe,” Fällgren says. (Skandia doesn’t disclose the names of the VC funds where it is an investor.)

The life insurance company gets exposure to early-stage companies through its few European VCs. Fällgren notes that some European GPs are doing more Series A rounds in Europe. On the whole, it has “quite large commitments per fund, which makes it [hard to invest in] small, local, early-stage firms in Europe,” he explains.

Skandia typically allocates a total of $200 million to $300 million to VC each year, but commitments can be lumpy, Fällgren notes. Last year was a busy one for re-ups, but he expects fewer this year. “Deployment pacing is coming down with less financing rounds compared to 2021, so companies are well-capitalized. If you don’t need to raise money this year, you probably will wait.”

The investor looks for long-term relationships. It has been with some managers through five or more fund cycles, and Fällgren says he prefers to stay with all his funds for at least five to seven cycles.

Skandia invests in funds focused on various kinds of tech in the broad sense, from fintech to enterprise to SaaS to consumer applications, with some funds also investing in life sciences and IT companies. The LP also has exposure to pure biotech managers.

When vetting VCs, Fällgren places priority on building trusting relationships with GPs that are transparent in sharing information. Among the red flags he watches for is whether a VC manager has raised a lot of funds in a row whose performance is too volatile.

Of particular interest is a firm’s culture, including succession planning. “We want firms that want to invest in junior colleagues and career paths,” Fällgren says. “[That is an indicator of] the likelihood that this organization will continue thriving not just for a few years but for many years out.”

Wellcome is a global charitable foundation that primarily funds health research in three major areas: climate-related health, infectious diseases and mental health. Nearly one-third of its £41.6 billion investment portfolio was allocated to private equity in 2021, including $7.5 billion to venture funds.

Wellcome’s VC portfolio is weighted to where it finds the best opportunities, which have been mainly in the US over the past 28 years, with allocations to funds in India and China added starting in 2006, says Geoffrey Love, head of VC at the London LP, who spoke to VCJ through email. Europe has been part of the VC portfolio from the start, but Wellcome’s exposure there has grown in recent years.

“Europe is in a really interesting place for VC right now, finally living up to its promise,” Love points out. “That said, the number of VCs who can stand shoulder-to-shoulder with, say, their US counterparts is small. Our European VCs are pan-regional rather than country-specific, as we feel flexibility in approach is essential.”

Citing selectivity as a key to carefully vetting managers, Love has limited his fund relationships to the mid-teens.

“New additions are very rare, but over the past couple of years we’ve been able to invest with a couple of managers who’d previously been hard-closed but who wanted to broaden or upgrade their LP base,” he says. “We’re not currently looking to add any further relationships.”

Wellcome does not disclose the names of the VC funds it backs, but it is known to be a longtime investor in funds managed by Sequoia Capital.

While Love is happy with the returns his GPs have earned in recent years, he emphasizes that Wellcome invests to deploy charitable capital into healthcare research rather than for typical investment gains.

In vetting VCs, he looks at a fund’s track record and domain expertise. How a firm is perceived by entrepreneurs and other VCs also comes into play. Entrepreneurs have told Love they rarely find VC managers at the seed stage to be insightful, empathetic or useful.

They also complain about managers who are complacent and unprepared, who don’t attend board meetings or can’t make a decision without conferring with their partners.

Love views European VC as “still relatively nascent in terms of matching experienced capital with ambitious founders to create companies that really make a dent in the universe.” Decades of success and experience of US-based VCs give them a perspective that few in Europe have and “is one of the reasons US VCs have been able to make their presence felt here,” he says.

European VCs have “a bit of catching up to do,” Love adds, “and I imagine if the trends we’re seeing continue this could happen quite quickly.”