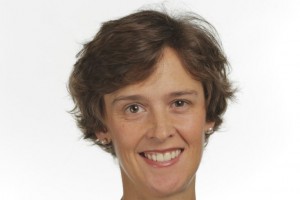 Simpson joins the firm as it markets its third fund of funds, TrueBridge-Kauffman Fellows Endowment Fund III, which according to the Thomson One database has raised at least $125 million. She will be working part-time—specifically, about 30 percent less than full-time, according to General Partner and co-founder Mel Williams, who said her role includes manager due diligence, managing GP relationships, decision-making analysis and support, and special projects.

Simpson from 2006 to 2012 worked on primary fund commitments, secondary investments and co-investments as a director at Parish Capital Advisors. The fund-of-funds manager was acquired by StepStone Group in early 2012. Before that Simpson worked as an investment associate at UNC Management Company. There she helped manage the endowment’s venture capital, private equity and related alternative investment portfolios alongside Williams, a founding member of UNC Management Company and former vice president there.

Simpson, who started at TrueBridge Capital in early November, told Buyouts in an interview that part of the attraction to joining, in addition to the firm having enjoyed “a great deal of success,” was that she already knew Williams and other team members.

“So it was a very comfortable and natural transition for me.”

TrueBridge Capital was founded in 2007 by Williams and General Partner Edwin Poston, previously a managing director and head of private equity at The Rockefeller Foundation. The firm, which manages over $1 billion in assets, has a partnership with the Kauffman Fellows Program, a highly-regarded, two-year venture capital apprenticeship program. Through the arrangement, TrueBridge Capital donates a portion of its carried interest to the program’s endowment while benefiting from a network of alumni in a position to provide insight and to help generate deal flow.

Known TrueBridge Capital backers include the South Carolina Retirement System Investment Commission, according to Thomson One. The firm also counts more than 100 Kauffman Fellows and venture capitalists as limited partners.