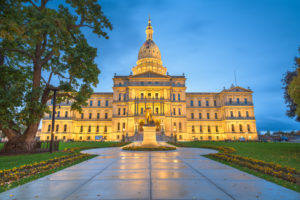 When Sequoia Capital was raising its third growth fund in 2018, the firm received significant commitments from several public LPs, including UC Regents, Washington State Investment Board and Alaska Permanent Fund.

The University of Michigan, which was an LP in Sequoia’s second growth fund, did not re-up.

While the endowment decided not to commit to Sequoia’s third flagship fund, the University of Michigan appears to still have a working relationship with one of the best-known firms in venture capital. Documents from UM’s March board meeting show that the university committed $6.2 million to two Sequoia Capital sponsored funds in June 2019.

Sequoia is reportedly raising $7 billion for a set of new venture funds. UM has been investing in Sequoia since 1992, but it remains to be seen if the university will invest in the firm’s newest vehicles.

Previously, at its February 20 board meeting, the University of Michigan Board of Regents agreed to commit $10 million to Miracle Plus Fund I, a Beijing venture fund that invests in early-stage technology companies founded in China. The decision was made during the height of the Covid-19 epidemic in that country.

As of the end of February, the University of Michigan had $2.4 billion in venture capital assets representing 18.9 percent of endowment’s $12.7 million total portfolio.