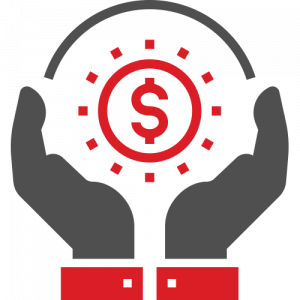 Despite a waning in venture fund managers’ deployment of capital into startups, fund formation in the US remains strong, according to EY’s funding analysis of Q2 2022 venture activity.

“The fund formation side of the equation for VCs is the really incredible story because they’ve raised almost as much as they did in all of 2021, which was a record [year] and the first time they cracked $100 billion in fund formation,” EY’s US venture capital leader Jeff Grabow told Venture Capital Journal.

In the first six months of 2022, US fund managers invested a total of $137 billion in startups versus $152 billion invested during the same period in 2021.

That’s being driven by late-stage fundraising. Many firms that “were traditionally just IPO buyers have been migrating down over the past five to seven years and are very active in late-stage funds,” he said. “And they’ve been going earlier and earlier with bigger and bigger checks.”

Given the amount of capital raised last year, the size of growth funds that are writing checks to startups continued to rise and they probably burned through cash more quickly, suggesting they have returned to the market in 2022 to raise more capital. “And they had billion dollar-plus funds then, so now they’re re-raising, so they’re refilling the coffers,” Grabow noted.

Interest rate hikes have apparently not yet caught up with the venture market. One reason for the record levels of fund formation is that money managers don’t have other high-yield asset choices, he said.

Also, despite a slowdown in dealmaking, investors remain confident that technology adoption will continue, including those related to clean energy and dairy and meat replacements. In addition, legacy industries that haven’t yet achieved a wide range of tech-adoption will keep moving forward, he said.

“The venture business is a marathon, not a sprint, so looking at it quarter to quarter really is kind of difficult when it takes six, seven, eight years to create long-term value for investors,” said Grabow.

Mega rounds by startups ($100 million and above) had been driving the frenetic pace of fundraising until earlier this year. The number of mega round financings dropped 29 percent in the second quarter from the first quarter of 2022, with the dollar amount down 34 percent. That drop off has been seen across sectors, with the dollar volume of deals in business and financial services down 51 percent, healthcare down 22 percent and information technology down 26 percent from levels of $100 million and above, he said.

Investors have become focused more on what’s in the pipeline, so unless it’s seen as a great breakout opportunity, it won’t attract much interest, Grabow said. “In an unsure economic environment, there are fewer companies trying to break out to get scale than in a robust growth economic environment.”

Fundraising by first-time fund managers, on the other hand, has dropped sharply so far this year. Data from the National Venture capital Association (NVCA showed just 70 funds raised by emerging managers year-to-date, versus 270 funds for all of 2021).

Emerging funds also are smaller in size as new managers typically aren’t able to raise funds of $200 million and more. But LPs and money managers continue to actively scout for emerging managers “because there’s a lot of money in the economy that needs to get invested,” he said.

Grabow expects fundraising in the third quarter to be lower than in the second quarter as investors pause and re-evaluate their priorities.

Until recently, venture capital was a seller’s market with limited partners being more responsive than proactive. Now, amid a darker macroeconomic outlook and uncertainty, LPs have turned more reflective, and are taking an opportunity to rank-order their portfolios, make sure they’re focused on the right things and see how the market continues to develop, he said.

To put the current pullback in perspective, he pointed out that this is the first slowdown the venture market has experienced in more than a decade. For the fifth straight year, investing in venture-backed startups topped $100 billion.

Grabow expects this year’s fundraising to total roughly $225 billion, which would be down nearly 30 percent from the $320 billion raised by VC fund managers in 2021.