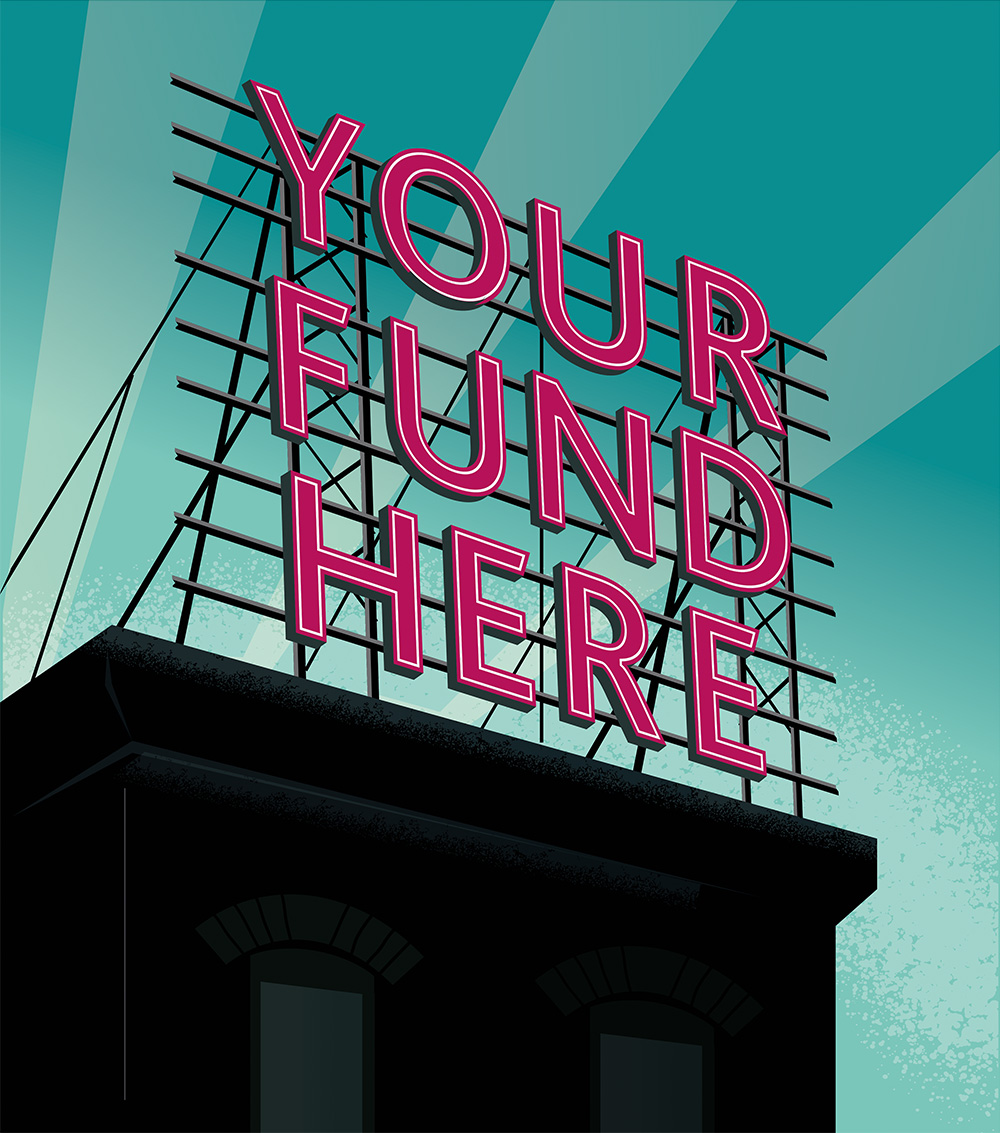 Private fund advisor compliance officers are still digesting the Securities and Exchange Commision’s new advertising rules, but for now they can give thanks for what’s not in the mammoth rulemaking.

The 430-page final rules, adopted unanimously by the Commission on December 22, consolidate and replace the decades-old advertising and solicitation rules. Plenty of ink is spilled on private fund advisors, with 74 separate mentions. Like so many rules adopted under outgoing SEC chairman Jay Clayton – who resigned the day after the rules were adopted – the new rules are “principles-based.” That is, regulators are much more interested in setting guidelines than rigid rules. It sets out a broad definition of “marketing” and lays out seven no-nos that might find an advisor on the wrong side of enforcement.

In one way, the new rules – now called “the Investment Adviser Marketing Rule” – don’t change much. Now, as then, private funds won’t be allowed to make any materially false claims in advertising their services to prospective or current investors. Now, as then, anyone who runs afoul of the rules will be subject to antifraud enforcements. 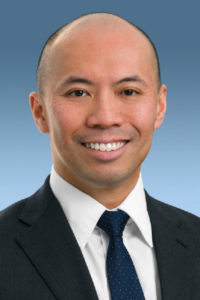 But in other ways, the new rules change quite a bit. The advertising rule was adopted in 1961, the solicitation rule in 1979; neither have had a serious upgrade since. Now, for the first time, private funds have been told that they can, if they wish, pay people for testimonials, endorsements or outside ratings. They can also talk to prospective or current investors about hypothetical performance. And they could, potentially, do all this on Twitter, say, or any other social media platform. They may even find room to innovate in their advertising: now that they know where the guardrails are, private funds might feel a little more freedom to experiment in the soft science of the sale.

Even better, the new rule says private funds don’t have to screen proposed new ads in advance, meaning compliance teams don’t have to review every Twitter post before it goes up, or somehow know beforehand what will be said at a client dinner. The original proposal suggested regulators were heading in the opposite direction; private fund advocates lobbied firmly to keep that language out of the final rules.

They may even open some opportunities for innovation, especially in testimonials and endorsements. “You never know what the market will do,” Tang says. “But I do hope they’ll innovate.”

That doesn’t mean the outside world should prepare itself for a commercial break where Samuel L Jackson is pitching Andreessen Horowitz funds. Compliance officers still have a lot of work ahead of them. Among other things, they’ll have to keep records detailing how they talk about the new marketing rules and how they process potential conflicts. They’ll also have to spend a lot of time rewriting their firms’ policies and procedures to make sure they’re checking the new guidelines against their firms’ business models.

And, as noted, the SEC’s definition of what constitutes “advertising” is extremely broad and manages to be highly complex. Under the new rules, there is a new, two-prong test of whether something is considered an ad.

What an advisor should not do when it comes to advertising

The sweeping new SEC advertising rule contains a list of seven things an advisor should not do related to advertising:

2 Include a material statement of fact that the advisor does not have a reasonable basis for believing it will be able to substantiate upon demand by the Commission.

3 Include information that would reasonably be likely to cause an untrue or misleading implication or inference to be drawn concerning a material fact relating to the investment advisor.

4 Discuss any potential benefits to clients or investors connected with or resulting from the investment advisor’s services or methods of operation without providing fair and balanced treatment of any material risks or material limitations associated with the potential benefits.

6 Include or exclude performance results, or present performance time periods, in a manner that is not fair and balanced.

That prong excludes one-on-one communications “unless the communication includes” a “hypothetical” claim about performance that isn’t made in response to an unsolicited investor request or to an existing investor in a private fund. It also excludes “extemporaneous, live, oral communications,” as well as information that’s sent to or from regulators or other government officials.

Among other things, that part of the rule may mean that compliance teams will have to go through their private placement memoranda to make sure the language they’re using is kosher, says Genna Garver, partner at Troutman Pepper in New York.

The second prong of the test covers paid testimonials or endorsements, and it does consider one-on-one communications to be ads if the private fund has paid for it. Complicating things even further, regulators include “non-cash” payments to be compensation, including prizes, sales awards, “gifts and entertainment.” In other words, if you pay for a quiet dinner with a current and a prospective client, and the current client has sung your praises, you may have to make a variety of disclosures about conflicts or run afoul of the new marketing rules.

Additionally, you’re not allowed to pay for a testimonial or endorsement, directly or indirectly, if the endorser/testifier “is an ineligible person” under Rule 506 of Regulation D. Such ‘ineligible persons’ include people who have been convicted of certain crimes, have received certain SEC disciplinary or cease-and-desist orders, or suspension or expulsion from membership in a self-regulatory organization, among other things.

Garver is one of several private funds advocates who has long been concerned about the widening compliance burden. She says she’s especially worried because the Commission is still weighing proposals that would make compliance officers personally liable for shenanigans. The new marketing rule feels like it could be especially fraught because so much of it is aimed at traditional fund business practices.

“You’ve really got to train your staff up on testimonials and endorsements, and how they work,” Garver says.

For all of that, the new rules should help clarify a lot for compliance officers. In the decades since the Commission first adopted the advertising rule, binders of no-action letters have piled up, and the legal approach to private fund advertising had seemed more like sorcery than like science.

Now, for the first time, private fund advisors know they’re allowed to hire endorsers, publish testimonials and use Twitter – and they know the things that are likely to get them in trouble.

“There are no-action letters that are quite prescriptive,” says Seward & Kissel’s Tang, who likens no-action letters to case law, where a final rule is more like legislation. “It’s possible you have more flexibility now. The nature of a no-action letter is the SEC is presented with a very specific set of facts and then they’re asked, ‘Would you take action?’ That in-and-of itself is helpful.” 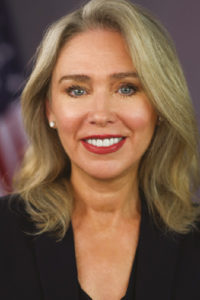 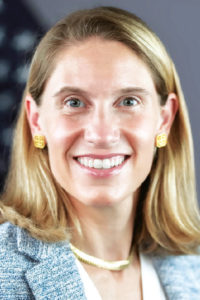 The final rules also give exemptions to the broad definition of marketing, and those may be especially helpful to private fund advisors. Among the excluded communications are “extemporaneous, live oral communications” – ie, the kind of chats private funds might have on a golf course or in a pub – information from legal or regulatory filings (as long as it is “reasonably designed” to satisfy the requirements of the filings); and conversations about “hypothetical performance” (as long it is either in response to “an unsolicited request… from a prospective or current” investor or it’s to a prospective or current investor in a one-on-one chat).

Hypothetical performance includes, but isn’t limited to, “performance derived from model portfolios”, “performance that is back-tested by the application of a strategy to data from prior time periods when the strategy was not actually used during those time periods”, and “targeted or projected performance returns with respect to any portfolio or to the investment services offered in the advertisement.”

Helpfully, the new rules won’t take effect for at least 18 months after they’re “official” – 60 days from the day they’re published in the Federal Register.

It took decades for the SEC to get here, but the Commission might not be done with the new marketing rule. In a joint statement, the Commission’s two Democrats, Allison Herren Lee and Caroline A Crenshaw, voted to support the new rules but noted their disappointment that regulators had stepped back from requirements to pre-screen ads (“a missed opportunity”) and that the new rules allow funds to use “hypothetical” performance measures without certain context – something that particularly worries them when it comes to retail investors.

“The final rule includes unjustifiable carve-outs for communications containing hypothetical performance in response to unsolicited requests from retail investors and all one-on-one communications with prospective or current investors in private funds,” Lee and Crenshaw wrote. “This will leave many investors, including retail investors, particularly vulnerable to being misled by performance advertisements.”

Lee and Crenshaw add that, for private fund investors, advisors can provide hypothetical performance without context the rule otherwise requires, even absent any investor request – something they think will leave investors unable to assess the risks and limitations of relying on it.

Lee and Crenshaw are about to be the majority at the agency. They have long, and jointly, condemned private funds’ secrecy. And with the industry gearing up to expand access to private investments to the retail market, their comments suggest that we could be back here again before long.