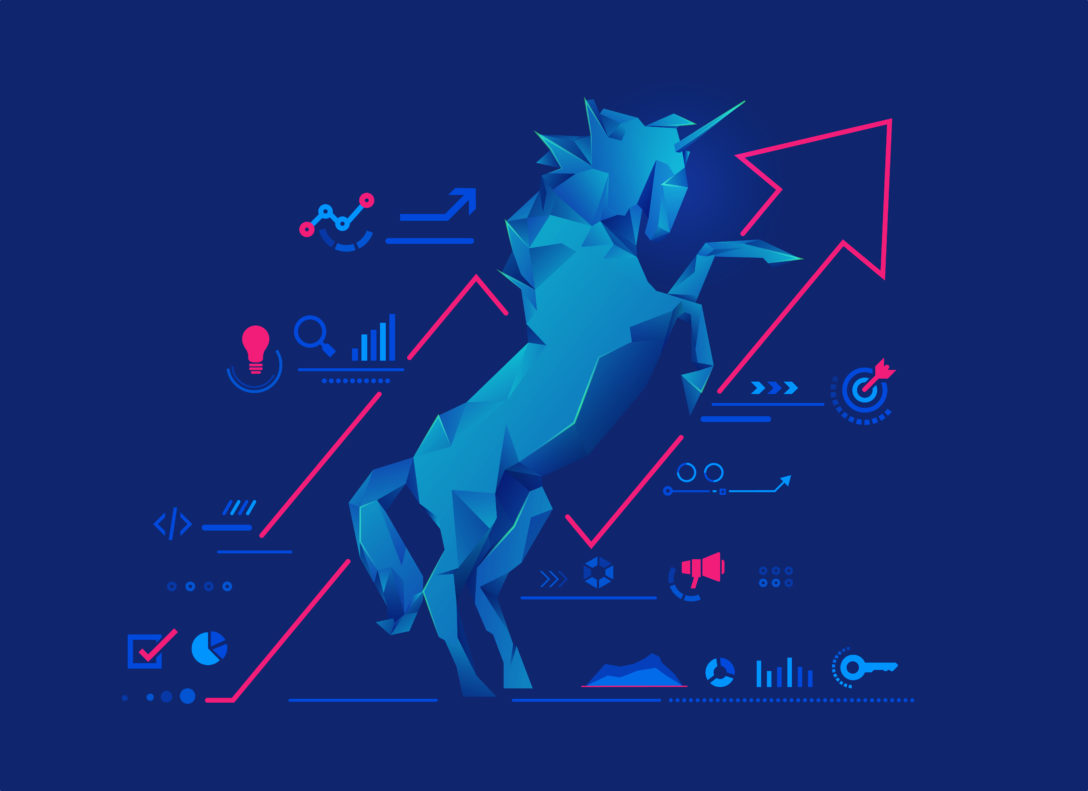 The pace at which tech companies valued at $1 billion or more are being created in Europe is significantly faster than it is in the US, according to a new report.

Over the past five years, the US has created net new unicorns at a rate of 52 percent year-over-year, half the rate of Europe, which has been creating 2 times as many as the prior year. That is according to the report by Affinity, whose relationship software is used by more than 2,500 venture capital, private equity and other private capital firms.

“There is now significantly more confidence in European tech startups being successful enough to deliver a significant return for investors, which is also providing a virtuous cycle of more investment leading to more success,” Affinity co-CEO Ray Zhou told Venture Capital Journal. “Additionally, global investors have become more comfortable with the higher volume of M&A based outcomes in Europe than in the US, where an IPO is seen as the most desired outcome for a start-up.”

Despite losing momentum in unicorn creation, the US remains ahead of Europe in its total number of unicorns and how many it is adding each year. In 2021, 2.5 times as many unicorns were minted worldwide than in 2020, representing $338 billion in investments, Affinity reported. Today there are 950 unicorns around the world, double the number from two years ago. (PitchBook estimated there were roughly 1,200 unicorns worldwide as of Sept. 8, 2022.)

The UK continues to lead Europe’s unicorn creation, with nearly 90 of them. Germany has become another hot spot for unicorns, together with the UK having funded two-thirds of all Europe-based unicorns to date, according to Affinity’s European unicorn report released in June. The earlier report also showed that Europe produced 5 times more unicorns last year than in 2020.

In addition to unicorn creation, the growth rate of European venture capital continues to exceed that in the US. But trends show that may soon come to a halt. Overall monthly VC funding fell more sharply in Europe than in the US in the first half of 2022 – 50 percent versus 37 percent, respectively, the report showed.

Affinity said external data showed the US tech industry shifted from a hiring frenzy to nearly 40,000 layoffs in less than six months, which suggests Europe could gain some ground in unicorn creation.

Zhou said evidence of US layoffs isn’t reflected in usage numbers for Affinity’s software, which uses algorithms to analyze data from customers’ emails, meetings and other interactions with business contacts to provide insights about customers’ relationships and business networks. The company says private capital firms use its platform to track more than half a million new introductions and 450,000 deals every month.

“We haven’t actually been seeing investors reduce their use of Affinity, which is what would correlate with layoffs happening on that front,” Zhou said. “We have seen VC firms increase their usage of Affinity, so if anything, it’s correlating to the fact that there won’t be VC layoffs in the short term, that there’s more users coming onto the platform than there ever have been.”

He added, “Our new client acquisition since the start of last year is up over 130 percent.”

Emails sent and meetings taken by VC managers are two key components of dealmaking communications that Affinity’s platform analyzes. In the first half of 2022, meeting activity climbed 10 percent in the US and 9 percent in Europe. Since the beginning of 2022, aggregate email activity among US customers is up 10 percent but has risen at a much slower rate of 3 percent among European users, likely due to Europe’s summer holidays.

The larger slowdown in European email activity could result in a lower deal pipeline for European VC firms aiming to compete against the US for unicorn attention, the report said.

US-based VC firms are boosting their investments at a much higher rate than European VCs, which makes sense given the larger size of the US venture market, Affinity said.

“Even though the total number of unicorns that were invested in as of this year so far, in terms of what’s publicly shared, has dropped, the number of deals that have been added to deal pipelines that VCs are tracking have been increasing in the first half of this year compared to the last half of last year,” Zhou said.

Although they seem counter-intuitive, “the leading indicators that we get aggregate-level visibility into are showing that this is a good year for deal-making,” Zhou continued. “Investors are tracking more deals, creating more deals, adding more deals to their deal pipelines in 2022 than they had at the end of [2021].”

Affinity’s analysis of its customers’ communications indicates that VC managers are paying more attention to key data points they use to evaluate deals with startups, said Zhou.

“During this time of uncertainty, there’s been tighter criteria we’ve seen across VCs for looking at deals, analyzing things like the [capital] burn rate, and TAM, the experience of the leadership team, the unit economics,” he said. While the same criteria have long been in use, “there’s greater scrutiny on the criteria.”

The heightened scrutiny hasn’t translated to a reduced number of companies that VC managers are including in their pipelines. But it signals “more competition between different investors going after deals that fit more of those criteria, that hit this new and higher bar,” said Zhou.

Affinity said it expects growth rates to continue to be flat to lower in both the US and Europe for the immediate future “as riskier market conditions force VCs to approach the market more conservatively.”